Bekament officially opened a new Polystyrene plant within the production complex in Banja. The official opening of the plant was attended by the Prime Minister of the Republic of Serbia, the Minister of the Interior, the Mayor of Aran]elovac, our numerous partners, employees and friends.

“The newly opened plant fully completes the production process from basic raw materials to final products. With the construction polystyrene on offer, we become the only domestic company that produces all the materials necessary for the finishing construction works. What is equally important is that in addition to 300 existing employees, 70 new employees were employed in the new plant”, said Dejan Čolović, CEO of Bekament.

“Bekamentis a stone of the Serbian economy and a stone of the Serbian future”, Prime Minister Aleksandar Vučić said, congratulating the owners on exporting their products to Albania and Croatia. He stated that no plant was as beautiful as the Bekament plant and that he was especially proud and happy because it was a Serbian family company.

After the official opening and cutting of the ribbon, all attendees had the opportunity to visit our new facility, and the celebration continued at the “Izvor Hotel” in Aranđelovac.

The annual production capacity of Styrofoam in the new plant is 500.000 cubic meters. All Bekament products have the certificates required for the export to the EU, and according to plans, the construction polystyrene produced at the new factory will be placed on the domestic as well as to the regional markets. 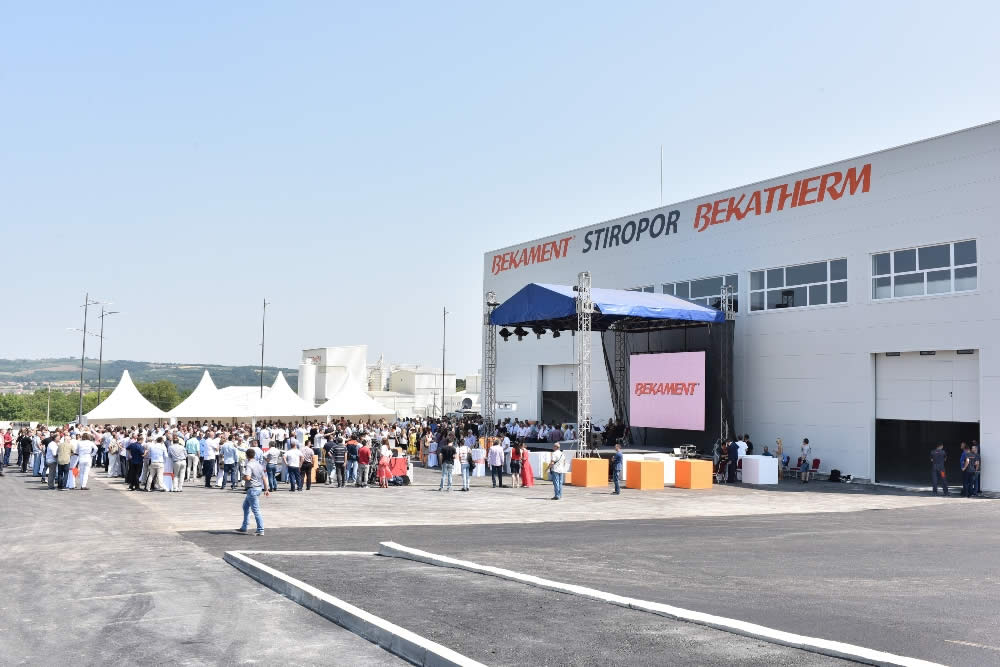